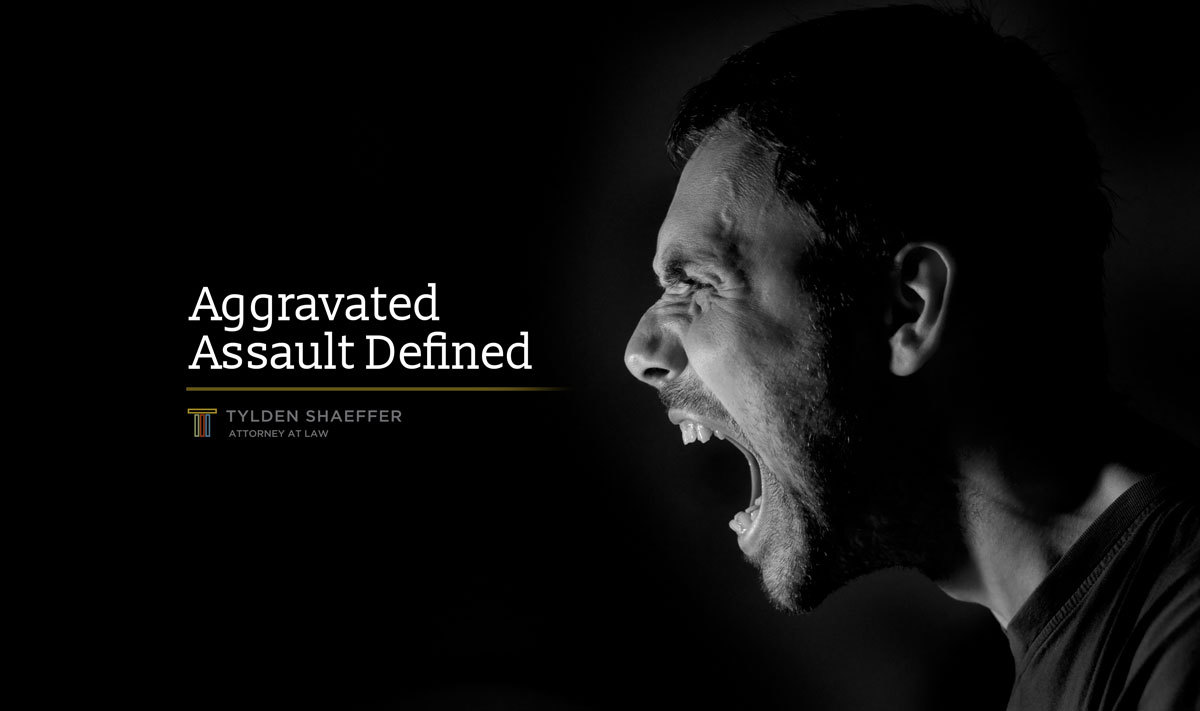 Aggravated assault is a devastating crime. In a split second, one’s life, or that of another, can be indelibly marked. Moments of fear, anger or even passion may overwhelm us and cause us to act in irrational—and sometimes dangerous—ways.  One should approach legal representation in such an assault cause with care as each case has its own unique set of circumstances and nuances–things only a seasoned and experienced defense counsel can understand.

As with most assault cases, the severity of the consequences depends on the nature of the attack. Certain variables can be defining points between the charge being labeled as a simple assault or an aggravated assault. Determining the type of assault will have a direct effect on the consequences that follow. This definition could be the difference between paying fines and doing community service or spending up to 20 years in prison.

What is Simple Assault?

You can commit an act of simple assault in Texas if you:

The phrase “bodily injury” means anything that causes pain, even if no physical mark is left. Typically, simple assault is considered a Class C misdemeanor. However, if the victim is disabled or elderly, the offense is elevated to a Class A misdemeanor. If the offender knows the victim is an athlete or a sports official who is assaulted at a sporting event, it’s a Class B misdemeanor. Depending on the specifics of the situation, a domestic assault can be labeled as a third-degree felony.

A more serious type of assault occurs when one injures another. A Class A misdemeanor assault is defined as follows: Intentionally, knowingly, or recklessly causing bodily injury to another. And again, the phrase “bodily injury” means anything that causes pain, even if no physical mark is left.

Here are the possible consequences for various types of misdemeanors:

There are many punishment enhancements for assault charges in Texas. To name a few: in relation to family violence cases, a second offense or one involving choking is a felony offense; If you are accused of assaulting a public official, or a law enforcement officer, then the charges become felonies.  The range of punishment for these various enhanced offenses range from probation to six months to 20 years in prison, plus a fine, is convicted.

What is Aggravated Assault?

According to Section 22.02 of the Texas penal code, an offense if considered aggravated assault if:

Aggravated assault is a second-degree felony punishable by 2 to 20 years in prison. As with misdemeanor level assault, aggravated assault also carries various punishment enhancements depending on the details of the accusation. For instance, committing serious bodily injury against a family member or someone with whom the accused has had a dating relationship is a first-degree felony. Moreover, if the victim is a public servant, then the charge becomes a first-degree assault felony–with a range of punishment of 5 to 99 years, or life, in prison.

Finding an Attorney You Can Trust

If you are facing charges for aggravated or simple assault, it is important that you contact an experienced attorney immediately. Protecting your rights and future should not be something left to chance. Being in the field for over 30 years, I have the courtroom knowledge and expertise to build a strong defense.  I am board-certified in criminal law and have significant experience and knowledge in this field.  For a committed and experienced defense from a seasoned professional, contact me today.