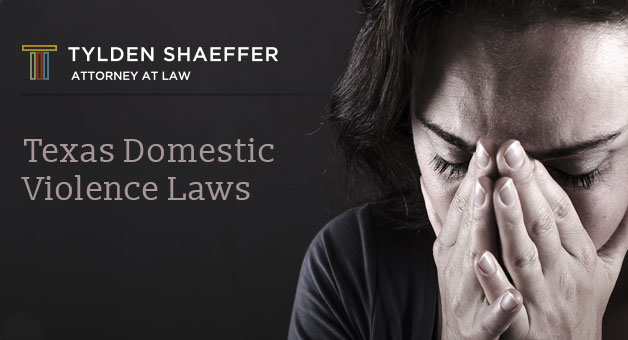 Moreover, Prosecutors are able to enhance each of these offenses in some cases to a felony level.

Acts of violence are considered domestic violence if the act was made against a member of the family, someone within the household, or even against somebody that person committing the crime is dating, either in the past or currently. Some of the people most often affected in domestic violence cases are:

A person can be charged with domestic assault if he or she does physical harm against a family member, member of the household or even someone that they are dating. Here are the ways that domestic assault happens:
The following three offenses are classified as misdemeanors:

In terms of assault as provocative or offensive contact, this generally means the victim is not necessarily hurt, but is still left feeling violated. This could be inappropriate touching or intentional invading of personal space.

One should understand that when prosecutors charge individuals with these types of cases, the Penal Code allows them to rely even on behavior that is not intentional. They are allowed to charge one with assault even if one’s acts were merely reckless. This allows prosecutors to prove their case more easily. Reckless acts occur when someone harms another person, but not necessarily with the intent to. They simply acted with disregard to the outcome of their behavior. An example of this would be if someone was running through a mall and knocked over a person as they were running. If that person who got knocked over is injured, this could be considered assault. While the person running did not mean to bring harm, they still brought physical harm as a result of their behavior.

In the event that the person committing aggravated assault uses a deadly weapon and causes serious bodily injury to another person, that person would be charged with a first degree felony. In most other cases, aggravated domestic assault is considered a second degree felony in Texas.

A deadly object is described as any object capable of causing death or serious bodily injury to a person. Most common weapons meet this definition such as knives, guns, or even brass knuckles. Other objects such as baseball bats, or bricks could also be considered deadly weapons dependent on the manner they are used. By that definition, even a car could be considered a deadly weapon dependent on how it is used.

Continuous Violence Against the Family

In Texas, someone can be convicted of continuous violence against the family if he or she commits at least two acts of domestic assault within a 12 month period. A person can be convicted even if their previous assault did not result in an arrest or conviction. Continuous violence against the family is a third degree felony in Texas.

In Texas, one may face criminal charges for violating a civil Protective Order. One usually sees such a case when one is accused of violating a protective order related to a divorce or child custody case. In addition, such a criminal charge applies in cases where one is accused of violating a condition of bond in a criminal case where the court has ordered no contact with an individual. First offenses under this statute are typically classified as a class A misdemeanor. However, if one has been convicted two or more times of this offense or of the offense of repeated violation of court orders or if the violation of the order alleged is an assault or stalking charge, then the case is a third degree felony.

Violation of protective orders, also treated as a third degree felony, is two or more violations alleged to have occurred within a 12-month period.

The following is a list of punishments for domestic violence in Texas:

If a person gets a conviction for assault, at the very least, he or she may be ordered to pay restitution. Restitution is simply reimbursement to the victim for any expenses that resulted from the assault. This could be medical expenses, repair or replacement of damaged property, and in some cases, even counseling.

In the event that a person pleads guilty to domestic assault, the court may grant deferred adjudication probation. This means the defendant is not convicted of the crime. However,, the accused must comply with probation and other requirements such as not getting arrested, attend counseling courses, doing volunteer service, undergoing treatment and paying restitution. In the event the person complies and meets the expected requirements, he or she may have their case dismissed. However, this doesn’t mean it comes off their criminal record. The record of the arrest and the deferred probation would still be discoverable if one is searching your criminal history and such a record may not be expunged or sealed in any case resolved in this manner for any level offense above the class C misdemeanor level. If the person does not comply with the court, he or she can expect to receive a sentence and a conviction, including jail time.

Get help with from a Domestic Violence Lawyer in San Antonio

While it helps to be educated on what domestic violence entails and the penalties involved, there is no substitute for seeking help from an experienced domestic violence attorney who thoroughly understands the law. We have helped many others in similar situations and if you or a loved one has been arrested or charged for domestic violence, we encourage you to contact us today so we may help protect your rights. This area of the law has many different rules and courts and prosecutors treat these types of cases more seriously. Indeed, many prosecutors will use the wide variety of enhancements to charge one with a felony if applicable. Finally, the lasting direct and collateral consequences of such a case are in many instances permanent, so great care must be taken when representing individuals accused of such cases.